From 2017 – Please follow Kevin Dean’s Linked-In feed for the latest news from smart health science, our clients, and for news from the Companies that Kevin is involved in as a Non-Executive Director, Chair or advisor.

Added 26 October 2016 – smart health science client AMRA yesterday won the regional heat of DI Digital Startup, organised by one of the biggest business newspapers in Sweden.  AMRA CEO Tommy Johansson made presentations to an audience of 220 people and 5 Venture Capital companies including Moor, Industrifonden and EQT Ventures.  AMRA now moves on to the national final in Stockholm on December 8, 2016. 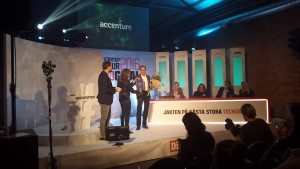 Added 16 October 2016 – RAND Europe have launched an important report with IoT UK and the BCS, the Chartered Institute for IT on accelerating the Internet of Things in the UK.

Added 4 October 2016 – smart health science’s client RAND Europe has launched its report on the Internet Of Things for the BCS, the Chartered Institute for IT, and IoTUK:

Added 2 October 2016 – smart health science’s Kevin Dean will be giving a lecture on the impact of big data in healthcare to the Business School of Lausanne, on 8 December 2016.

Added 24 September 2016 – smart health science client AMRA have been short-listed as a finalist in the 2016 Scrip Awards, in the category “Best Technological Development in Clinical Trials” – the winners will be announced in London on 30 November 2016:

Added 16 September 2016 – smart health science client AMRA have been featured in the Journal for Clinical Studies: 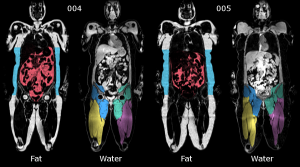 Added 22 June 2016 – in the June 2016 issue of the peer-reviewed Journal for Clinical Studies,  smart health science’s client AMRA features in an article “Beyond Diagnostics – The Added Value of Digital Body Imaging”

Added 21 May 2016 – on 3 June 2016,  smart health science’s Kevin Dean will be presenting at the Royal Society of Medicine in London the Internet of Things and its impact in health and care.

Added August 2015 – smart health science’s Kevin Dean will be involved in this year’s WHINN Week, hosted in Denmark Denmark.  Kevin will give a keynote speech on the 20th October, and also take part in the European Telehealth and Telemedicine conference which is taking place in Nyborg Strand, Denmark on the 21st and 22nd October http://www.telemedicineconference.eu/ehome/telemedicineconference2015/254017/?&

Added May 2015 – smart health science are supporting one of the world’s first quantified MRI scanning companies, international organisation AMRA ab, based in Linkoping, Sweden.  Check out AMRA’s activities at www.amra.se

Added March 2015 – smart health science’s Kevin Dean has made a major contribution to the British Computer Society, The Chartered Institute of IT, position paper on The Internet Of Things

Added December 2014 – Kevin Dean spoke about the work of Genomics England at the 2020health Christmas reception in the House of Lords, hosted by Baroness Cumberlege, for 2020health’s board, associates, members and guests on December 3rd.

Added December 2014 – smart health science has begun to work with leading healthcare informatics innovators the Innov8 Partnership who have had tremendous success since launching in 2013. Innov8’s Medical Workspace and Health Cloud technology is being adopted rapidly, and in their first year has won four awards.

Added November 2014 – Kevin Dean has been invited to judge this year’s Axa PPP “Health Tech and You” Awards. The awards will be judged in London in December 2014, with the winners announced early in the new year 2015.

Added August 2014 – After having been named as one of the Top 50 Innovators in healthcare by the Health Services Journal (HSJ) in 2013, Kevin Dean will be one of the judges in this year’s listing.  Look out for the results being announced on 30 October 2014!