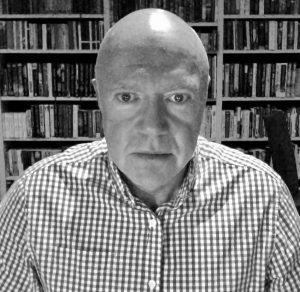 Kevin has worked with innovative technology for more than 25 years and in healthcare, research and life sciences for much of that time. Kevin also has experience with large organisations implementing complex information technology in the automotive, high technology and energy sectors.

For 14 years he led Cisco’s innovation team focused on healthcare and life sciences. In that role he worked on eHealth strategy and implementation with policy makers, care providers, payer organizations and technology partners at local, regional and national levels in health systems – in the UK and across Europe. Kevin managed a team working globally including with the WHO and European Commission, as well as in China, the USA and Africa.

Kevin has advised and supported a large range of NHS bodies on their use of information, innovation and information technology, including the National Institute for Health Research (NIHR) from its inception, NICE, and the Department of Health.

In November 2013 the Health Services Journal (HSJ) named Kevin as one of the top 50 innovators in healthcare.

From 2013 to 2016, Kevin was a Director on the Board of Genomics England Limited, a subsidiary of the UK Department of Health, that is delivering the 100k Genome Project announced by the UK Prime Minister.  For GeL, Kevin was also the Chair of the Data Advisory Committee and a member of the Audit Committee.

Working with clients, Kevin in 2018 helped to found anthropos.io, to deliver telecare technology supporting elderly people to stay in their own homes for longer. Kevin remains an investor in anthropos digital care limited, having stepped down from the Board following successful funding injection in late 2020.

Kevin has extensive experience working outside the United Kingdom, working with his team on projects all over the world, including with the European Commission & World Health Organisation (WHO). Published in 2003 and with over 35,000 copies printed, Kevin edited the book “Connected Health”; a follow-up book, “The Health & Care Revolution“, edited with a colleague, Prof. Raj Muttukrishnan from City University, London, was published in mid-2011  by the European Alliance for Innovation (EAI).

Kevin is a Visiting Professor, Telehealth & Assistive Living, at the Maersk Moller McKinney Institute, University of South Denmark, and an Honorary Research Fellow at City University, London. He is a Fellow of BCS, The Chartered Institute of IT, where he has been a member of the Healthcare Policy & Strategy Board, and he is also a Fellow of the Royal Society of Medicine.

Kevin is a frequent speaker at international conferences, on topics ranging from new healthcare models, health technology and managing innovation.

Kevin has roles outside smart health science in the following organisations: